On the 1st of June, I went to Rockfish Dartmouth Restaurant for a meeting with Mitch Tonks, Ed Fevyer and Laura Cowan where we discussed the rest of my year for sailing and a few other things, I also showed them my video of the European championships which you can watch here (https://www.youtube.com/watch?v=oXpAe6erv7A) which I edited myself at the nights after the European Championships. It is great to have Rockfish’s support behind me.

On the 2nd of June, I was at the Royal Torbay Yacht Club for training where there was a good amount of wind and I got some good upwind training in during that evening.
On the 3rd of June, I was back at the Royal Torbay Yacht Club for racing in the afternoon where I came 2nd out of about 7-8 boats but some retired during the first and after the 1st race which was disappointing as there was very good wind but the sea state wasn’t very nice.
On the 12th of June, my knees started hurting a little and progressively got worse over the next 2-3 days to the point where I could barely walk. So we went to the hospital where they said it is probably ligament damage so we had 2 weeks of physio and they are feeling a lot better now although I have to do stretching and strengthening exercising every day for my knees as they aren’t perfect yet.
On the 15th of June, I went to a meeting with Brixham Town Council where I given a generous grant towards my sailing fund which I am very happy with.
On the 19th of June when I felt like trying sailing again, I went down to Brixham Yacht Club for racing but it was cancelled due to no wind which was annoying.
On the 26th of June, I went to the Mike Sangster award meeting where I was given another generous grant which I am very pleased with.
On the 28th of June, I was at BJSC  for training where I was simply practising a small Windward, Leeward course practising boat evasion. 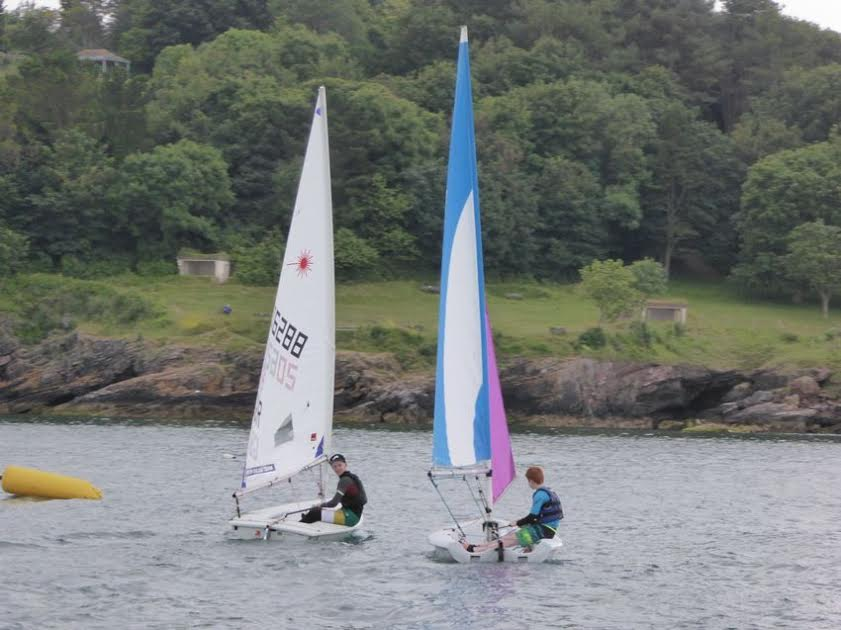